Read more on how we are keeping everyone as safe as possible during the COVID-19 pandemic.

Due to the large demand for our services we are looking for
Cheerful motivated people to WOW our customers, click here to apply. 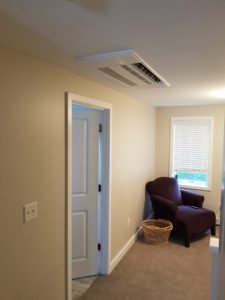 Existing System: Gas boiler system with no central air conditioning. Through the wall window a/c units were installed in several rooms of the home.

The Problem: The homeowners wanted central air conditioning to cool the entire home during the summer. The wall units only cooled certain rooms and since they were installed through the wall, they created large air leaks in the winter.

The Solution: Cape cod style homes can create many challenges when trying to condition first and second floors, especially with no existing duct work. This job was a clear candidate for a ductless system, however the homeowner did not want air handlers hanging all over the house. Fortunately, we were able to utilize a newer style of air-handler that is installed into the ceiling for the majority of the home. All with the added bonus of a secondary heat source since the systems are heat pumps. To control each one of these zones, the homeowner decided to utilize a Wi-Fi interface to control the entire home via smart phone or tablet. The plan is to have a ‘community’ tablet for the whole family to have some control over the zoning.

The Result:  10 dedicated cooling and heating zones with ability to add an 11th – connected to 2 outdoor systems. 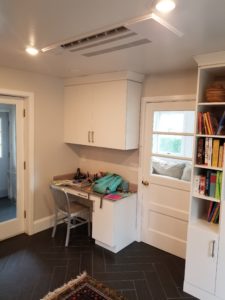 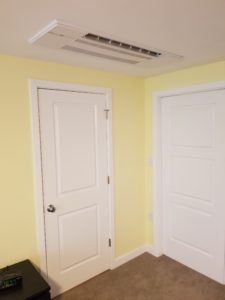 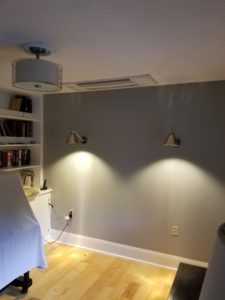 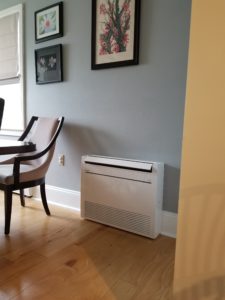 How to Improve Efficiency of A/C System

We are hiring! Take a look at our Careers Page to see open positions and to apply today!

Got it!
X
Scroll to top